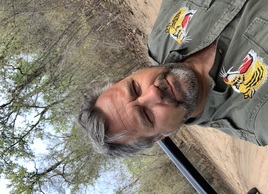 A former lion trainer, was offered two baby tigers 20 years ago which was the birth of his passion for the feline. His initial plan was to open a theme park, but during a trip to India, he met a tiger in the wild for the first time.... and that was the catalyst ! He abandoned the park project and created the Planet Tiger association in 2011. Frederic invests himself for the protection and preservation of the tiger in 13 Asian countries where this animal exists in the wild. The association works closely with local authorities, the French government and Interpol.

Liliana JUC is a Doctor in Biology and Environmental Engineer. During the last ten years she was dedicated to enhance knowledge's of students and professionals on various environmental and biological matters. She has significant know-how to develop and implement training programs adapted to the targeted goals and objectives of clients. For the last four years, Liliana worked at INTERPOL and provided expertise for projects on wildlife and pollution crime including waste and chemicals trafficking. She coordinated a law enforcement Operation in 13 tiger range countries arresting wildlife poachers and tackle the illegal trade in Asian big-cat parts and derivatives. She has also managed various projects aimed at strengthening countries capacities to prevent, prepare and respond to a bioterrorist attack.

After having completed studies in nature management and conservation, Loren is currently studying to become an animal technician. Her role within Planet Tiger will be the conception and establishment of a conservation center for Sumatran tigers. 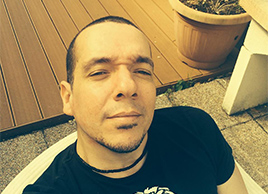 Samuel began his career in his native island of Reunion, where he works as a graphic designer in a book publishing agency. He is experienced in the production of brochures, airline magazines, logos, graphics, posters, and illustrations. Also a professional musician, he has accompanied various artists as a guitarist. Rich with experience, he became a freelance graphic designer and spends some of his time on Planet Tiger.