World ... reasons for the disappearance of the big cats

World ... reasons for the disappearance of the big cats
The man and only man is responsible for reducing the different species of big cats on the continents of our planet.
Human Activity
The activity and especially the expansion of populations in the territory of wild animals are the main reasons that reduce the number of species. Urban, tourism and industrial developments are forcing animals to migrate and find themselves in wild territories increasingly small.
This impact causes in others because of overcrowding herbivorous and carnivorous species in the same territory. Predators, which before only rarely crossed, must now share the same hunting ground.
The territory of conflict
In Africa.
Lion, leopard and cheetah hardly coexist together; a territorial dispute appears today because most prey are the same for the 3 species.
The lion, being more massive and fierce, claiming his share of territory on the leopard and cheetah; litters female leopards and cheetahs suffer the assaults of lions that reduce or even decimate all of them.
At the same time, the number of leopards and cheetahs is reduced gradually, as genetic mixing to perpetuate the species is upset by this event.
The conflict Man / Animal
But the lion also undergoes downsizing because of the conflict between man and animal.
For the past few dozen years, the lion is more massacred by the local tribal fighters, following an awareness admittedly a bit late. But despite this, the number continues to decrease dangerously. Why ?
In most tribes, cattle breeding has become common, livestock is not only a bargaining chip, but also a status symbol for its owner. The more a farmer possess animals in his flock, the more it will go up in class compared to its neighbor.
It is not difficult to understand why farmers are entering their herds in the territory of wild predators so their pets eat, the green pastures are becoming increasingly rare during the warmer seasons.
That's when the problems begin: the lion will not hesitate to use to feed among the pets that are found in its territory. Farmers will not hesitate to use poisoning of dead herbivores in retaliation to the killing of lions clan responsible for the loss of their pet.
In India :
In India, the problem is the same for the tiger. People lie more around major cities and reserves far allocated to significantly reduce tigers. In addition, small villages have even installed on the territory of this large predator. It is not uncommon for children or women who leave villages often suffer deadly attacks by the tiger. The tiger is not a man-eater despite what has been said about it; in this case, the animal having more and more difficulty finding food on its territory, folds necessarily on easier prey. Once again, this is the man responsible.
Due to the reduction of its habitat, the Sri Lanka leopard he must also go hunting in the cities during the night or the day to find food, rats and stray dogs have become part of his diet.
More and more leopard attacks on human population are recorded every year. These attacks are frequent victims in both camps: the man succumbs to scratches and bites the cat, and the population takes revenge by stalking and killing the offending animal.
Hunting and poaching:
This is the second cause, even the most important, which decimated the big cat species on our planet.
Hunting and poaching are the main reasons for the disappearance of large and small cats of our planet. Today, the tiger, lion and panther, are part of the slaughtered species on continents for their fur, organs and hunting trophies.
Review on 50 years
-The Tiger saw its species declined rapidly with less than 2500 individuals in Asia instead of 45,000, there are 50;
-The Lion rose to less than 25 000 in Africa instead of 450,000, there are 50;
-The Leopard happened less than 50 000 in Africa and Asia instead of 700 000, it was 50 years ago.
At this rate, we estimate the total extinction of all wild cats of the planet before the end of this century.
Poaching and trafficking in endangered species of our planet are the 4th largest international traffic.
The amounts resulting from this traffic were estimated in 2016 at 15 billion dollars, and the figure is rising every year.
Currently, there are thirty-seven species of big cats in the world, including eight that make up the group of big cats. These are the "super-predators" from their territory.
These "super-predators" are unfortunately disappearing due to urbanization and poaching.
Lion, tiger, cheetah, panther, lynx ... all these great predators at the top of the food chain.
Yet more than 75% of the 31 species of these animals are endangered, according to a study published in the journal Science. "At the global level we lose our large carnivores," says William Ripple, a professor in the Department of Forest Ecosystems of the University of Oregon (USA).
Now these animals play a crucial role in maintaining the delicate balance of ecosystems.
Why it is necessary, according to scientists who conducted the study, reintroduce these carnivorous in nature. Their research has shown that such decline in populations of cougars and wolves in Yellowstone Park resulted in a rising number of deer. And the latter, which feed on tree leaves, disrupting vegetation.
In Europe, the extinction of the lynx has led to an overpopulation of deer and hares. And in Africa, the disappearance of most lions and cheetahs caused an explosion in the number of baboons that attack crops and herds.
*
Most everything else ... our planet dying ... Let's act ...
https://www.facebook.com/PlaneteTigre 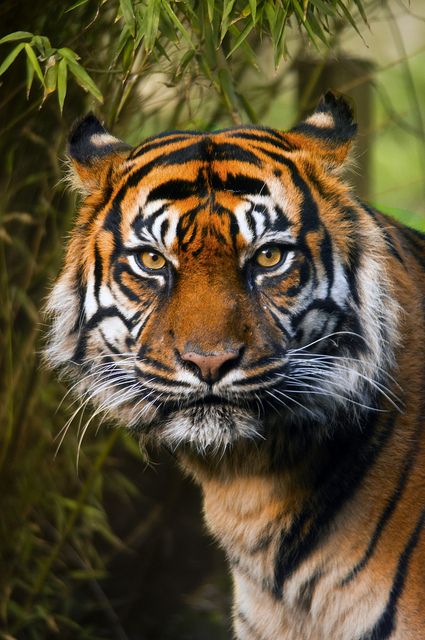